Most every man breathing can attest to the remarkable physical attraction of a woman.  The look, the thrill, the intrigue and the power. This attraction in and of itself is a normal impulse, since the male mind has visual stimulation as part of his DNA. The magnetic draw can sometimes feel inexplicable. But, this attraction, without limits, usually turns into a monster and drags the man into a seemingly inescapable abyss. It’s all something that has pulled many men downward and, for some, this attraction has drawn them to their ruin.  Some to their death.  But one of the most dangerous elements to this incredible draw is how subtle the damage to our spirit it can cause.

Soloman addresses this potentially fatal attraction.“For her house (the adulteress) leads down to death and her paths to the spirits of the dead. None who go to her return or attain the paths of life”(emphasis mine).  So, the question begs, why do men continue to fall into this extraordinarily dangerous area of sin? The devastation it brings is entirely predictable as is the short shelf life of the satisfaction brought by indulging in lust. But men still are drawn, like sheep going to their slaughter. It reminds one of the sign on the road that reads, “warning, the edges of this sign are very sharp and dangerous. Be careful!” and then at the bottom of the sign it reads, “by the way, the bridge ahead is out.” Somehow many men miss the significance of purity and it’s reward. Instead they become mesmerized by the visual stimulation and false intimacy it brings. Before they know it they’ve passed the sign and mindlessly proceed to a bridgeless ravine at a high rate of speed.

The goal of this article is to bring to life the reality that, for the believer, lust can be controlled and the abundant life Christ promised can be experienced. Let’s take a look at the passage in Proverbs mentioned above. It is Proverbs 2:18-19 and there are at least two areas that are helpful to look at when exploring this struggle. The first involves the warning of what happens when we choose wrong decisions. The second involves the indirect promise of pursing Christ.

Lead to the Dead

Recently I was watching a movie where the lead character was experiencing heartache and family problems at having a diabetic child and a disintegrating marriage.  While on the train on his way to work one morning he meets an intriguing and beautiful, but married woman. In the ensuing

discussion he realizes how much she can empathize with his story. One thing led to another and ultimately the two found themselves in front of a hotel contemplating whether or not to step into the world of adultery. As they entered the hotel room, having made the fateful decision, they end up getting robbed and beaten, and the thief, in cohoots with the woman, ultimately continues to extort money from the man in exchange for not telling his wife about the affair. His life had taken a remarkable turn for the worse based on a moment of delusion. His life felt like it was over and he had entered the world of the dead. Not only were his problems not solved, but they were exacerbated. Such is the mirage of lustful pursuits.

I have two sons and I have told them, in helping them understand the issue of lust, that should a naked woman walk up to me and make a proposition, that I would quickly flee in the opposite direction.  The much more challenging task would be if in the privacy of my own mind I was tempted to think sexual thoughts about a woman that I saw, but chose not to pursue those thoughts. That’s the really challenging thing to do.  Knowing these thoughts would only lead downward away from life is so important. This is where most of us live.  A decision each day to choose to think right thoughts which can protect us. It’s important to understand that for every negative command in the Bible, i.e. the ten commandments, there are two positive principles behind them. One to protect us from the harmful results of sinful behavior, and the other to provide for us the abundance that Christ promises us as believers (John 10:10).  Tomorrow is made up of lots of small decisions today. So, if I choose to entertain a lustful thought, which I know to be wrong, I can expect to experience the devastation of it’s delusion. In many ways pursuing lustful thoughts is a lot like that scene from “Raiders of the Lost Ark” where the Nazis open up the Ark of the Covenant and the Spirit of God flies around them appearing beautiful until they realize it is God’s holiness. The beauty, then, turns into a frightening image that literally melts their bodies. At first, it seems okay or harmless to think these thoughts, but it will certainly come back to haunt us as it enslaves us and leads us down the path to destruction.

Men take a step toward numbness and death when they fail to realize the spiraling results of poor decisions in regards to their purity. If men remained numb in their life they would never be fully aware of possible damage that they are doing to themselves. Every dentist always tells his patients that following a procedure using a local anesthetic she must be careful when eating.  It’s possible the doctor says, for her to chew on her own flesh and not realize it. A terrible thought, but that is what happens to us when one becomes numb to the devastating results of sin. They destroy their own flesh.

None Attain the Paths of Life.

“none who go to her (adulteress) return or attain the paths of life.” 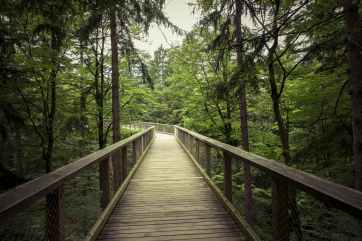 The implication, of course, in the second verse is that there is life to be found and experienced when one chooses God. The rest of chapter two of Proverbs reminds the reader about where believers need to live in order to experience real life. They need to live upright and blameless. When Jesus met the woman at the well he told her about the water he provided would permanently solve her thirst. It confused her and she took it to mean water in a literal sense. But Jesus was referring to the life he promised for those who trust him and put their faith in him. He said, “…I have come that you might have life and have it to the full.” In reality, there is nowhere we can be satisfied except in Jesus. Nothing in life will meet our deepest need for significance, relationship, and fulfillment than a life in pursuit of Jesus. Nothing. Absolutely nothing. Really. Seriously, there is nothing that will fill us with life except Christ.

There was a time in my life when I struggled with my thought life. If I stayed in a hotel without a colleague it was a difficult choice to not look at things I knew would rob me and leave me wanting.  But often I would drift down that road and always, I’d regret it.  Then I took serious what Paul said in Romans 7:18, “You have been set free from sin and have become slaves to righteousness.” Even more exciting was the truth of Romans 8:1 which says, “Therefore, there is now no condemnation for those who are in Christ Jesus, because through Christ Jesus, the law of the Spirit of life set me free from the law of sin and death.”  It didn’t happen suddenly, but I began to understand that I didn’t have to entertain lustful thoughts, like I used to think was inevitable for men. I could actually redirect my thoughts and experience the fullness that Christ promised.  And it’s phenomenal to have that freedom. Since moving in this direction I can honestly say that I feel more fulfilled than I have ever felt in all areas of my life. It’s like I have been unshackled from a huge ball and chain. If you’re a believer, you have been unshackled, too.  However, many Christian men, for some reason, like to continue to carry the ball around with them. That is terribly inconvenient. And entirely unnecessary.

In the next article, I will explain ways to drop the ball (in the good sense) and begin to experience the freedom that Scripture promises to those who belong to him. Paul writes in 2 Corinthians 3:17, “Now the Lord is the Spirit, and where the Spirit of the Lord is, there is freedom.” The attraction to women is, thank God, still in me.  But now it’s there as part of how God made me as a man and not a gross distortion of what is good.