I was speaking to a friend recently. He’s a younger man that I have known mostly from afar. From time to time I run into this guy and have grown to like and respect him a lot. He’s a kind person. He’s friendly, comfortable to be around, smart, and quick with a kind word. I saw him at a conference this fall and felt compelled to ask him how he was doing. And I meant, “how are you really doing?” This fall, as you know, was very tumultuous in our country. It wasn’t necessarily because of the election. But the election exposed the duplicitous underbelly of the dysfunction in our great land. It was a weird election and brought out some very strong emotion in people. Friends have turned against friends in some cases, but there has often been a lot of head scratching as people on opposite sides of the political isle look at each other incredulously. It has been very confusing, but perhaps not entirely surprising.

My friend answered my question honestly with a, “it’s been kind of rough. No,” he said, “it’s been very rough.” I asked him to explain further and I just listened. It seems that half of our nation can look past the acrid and toxic atmosphere that our two leading presidential candidates created. The other half stand in a lingering daze. I realize that there is much I don’t understand about the issue of race because I’m from 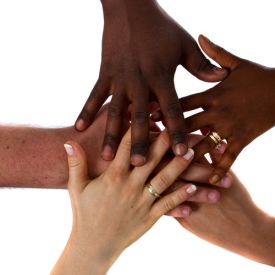 the majority culture. I was born in the South in a middle class neighborhood. I have never had to struggle with certain things. For the majority culture “the talk” implies an explanation of the “birds and bees.” For African Americans that talk means learning how to be pulled over by the police. Blue lights behind my car means an annoyance. For many in minority cultures it means danger and invokes real fear. My friend told me that he sometimes walks out the door wondering if that day will be his last. My friend is not the only African American who feels that way. I never had that thought or fear. Ever. I’m sad that my friend has to wonder what each day will bring. But, there is more to being a minority.

My name never interfered with any job application I made because it sounded like a majority culture name. I’ve never had anyone stop and stare at me with distrust. I’ve never experienced any of those things. I’m not saying every majority culture person is a racist. But I am saying that sometimes (often) we are blind to the struggle of what it’s like to be in the minority culture. It’s, quite honestly, very hard. The closest I can come to feeling what it might be like is when I have traveled overseas and it was painfully obvious that I was an American. In the former Yugoslavia while walking down a street in Belgrade, people stared at me, pointed, and often laughed. It felt awkward and very uncomfortable, and embarrassed me. But being black in America is much harder than that. In Belgrade, I knew I’d be heading home where I wouldn’t be judged.

It took awhile for me to figure this out, but what happened in Ferguson, Missouri had very little to do with what Michael Brown had been doing to get shot. It had to do with the larger narrative for what African Americans (and other minorities) have to experience in our nation. That’s what angered this minority. That’s what fueled such feelings of desperation that it boiled over into the streets. But Ferguson was just the beginning.

I understand that black on black crime is extremely high (though there may be some reasons for that in regards to our system). I also believe our police force is dominated by good men and w 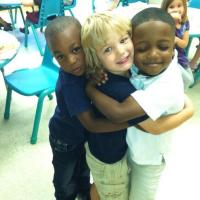 omen (many of them black). I deeply, deeply appreciate them and embrace that reality, but we really need to learn from what has been happening in our country. We need to empathize with the minority cultures in our country. We can’t keep looking at things the way we have. I sure don’t have all the answers but I wonder if as a Christian it might be good for me to humbly begin to ask good questions and make changes in my own way of thinking. Here’s what I’m committed to doing.

I hope you read this with an open heart and mind. I know for the white majority it can feel like the rules are fluid and hard to understand. We don’t have to perfectly understand, but we need to try to trust God to change our heart and open our eyes. We will someday be all together in heaven where we’ll live eternally with people from every tongue, tribe, and nation. Let’s start now.